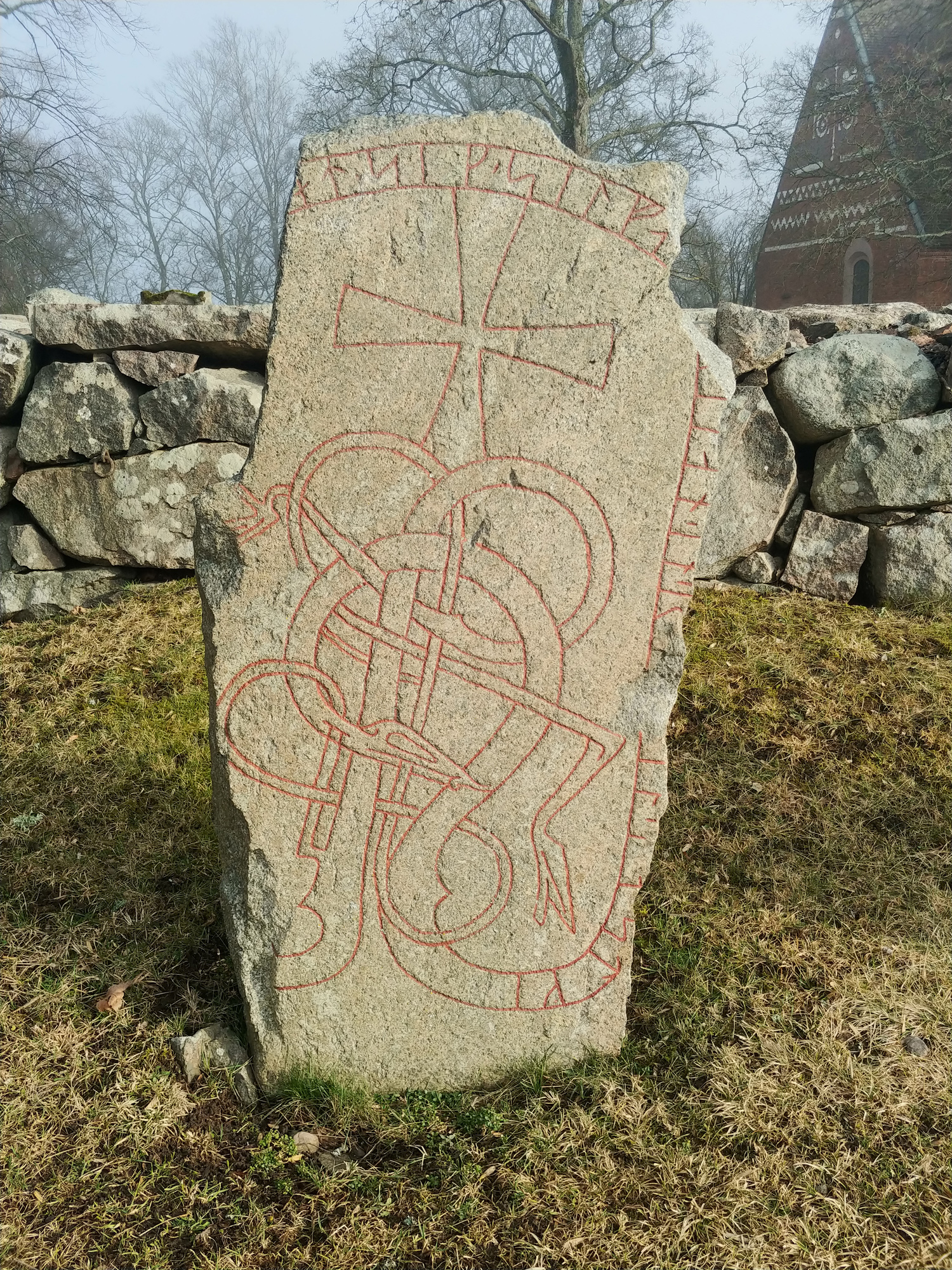 … in memory of himself while alive …

So reads part of the surviving inscription on the runestone U 962, which was discovered built into the wall of Vaksala church, not far from Uppsala. The stone dates to between 1100 and 1130, placing it in the last period when runestones were carved in Sweden. Although most Late Viking Age runestones were raised by one or several persons in memory of a deceased relative, some stones were raised by a person in memory of themselves while they were still alive. This could have been done for a variety of reasons. One such runestone from Stäket (U 605) is an example in which the reason is fairly clear. The inscription once read:

Ingirún(?) Harðr’s daughter, had the runes carved in memory of herself. She wants to travel to the east and abroad to Jerusalem.

This runestone was raised by a woman named Ingirún for herself before she embarked on the long and dangerous pilgrimage road to Jerusalem, in case she never returned. In this instance, the runestone served as a demonstration of the woman’s faith and for the salvation of her soul, if she died on her pious venture. But motivations were not always so modest.

In other cases, the motivation to raise a runestone to one’s self appears to have been to show off a bit. In the mid-11th century, Jarlabanki, a powerful local chieftain in east Sweden raised at least 6 runestones in memory of himself while alive, which also declare that “he alone owned all of Tábýr” (modern day Täby). One of his runestones also adds that he established an Assembly place and that he owned the entire administrative district. Clearly, Jarlabanki wanted the world to know his high social standing, and perhaps raising multiple runestones was a way of documenting and perhaps legitimizing his political power.