AARS enjoys the opportunity to reach out to cultural organizations with what may be new insight into their Scandinavian heritage. Presentations on the subject of runes led to a true linking of old and new for an enthusiastic women’s organization, Lakselaget.

Founded in Minneapolis in 2002, Lakselaget describes itself as a vibrant group of professional women who are interested in contemporary Norwegian issues and all things Norwegian. Members of this 501(c)3 organization celebrate their cultural ties with a monthly luncheon — salmon, potatoes and cucumber salad — but more importantly, they work hard to finance educational scholarships and other opportunities that celebrate, encourage, and advance their motto:

“Women who swim against the current.” 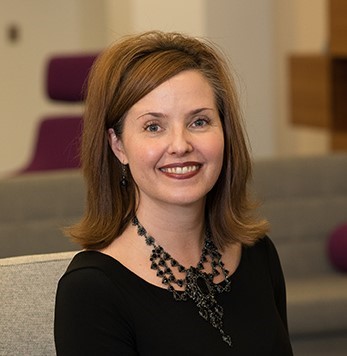 Obviously, this ambitious mission means that fundraising among members and within the community is ongoing. In April 2018 Professor Henrik Williams was Lakselaget’s guest speaker when President Sarah Halvorson Brunko was working on new ideas for raising funds that included the use of runes.

Sarah was born on the Minnesota prairie, descended from Swedish, Norwegian, and Danish immigrants. Her lifelong interest in all things Scandinavian began at 5 years old when Norwegian relatives visited in 1977.  Eventually Sarah earned a BA in International Relations, Scandinavian Studies, and Norwegian at Concordia College in Moorhead, Minnesota.

By 2019, Sarah had purchased and was operating an import business specializing in Norwegian and Scandinavian goods.

Sarah and the Lakselaget board adopted a plan to create and sell a meaningful piece of jewelry, a commemorative brooch, which members could purchase and wear with pride. A call went out to local artists and members to submit their original designs. The winning design was created by Lisa Christen, a fellow Lakselaget member and artist. A request was made to have Professor Williams translate into runes the phrase: Women who swim against the current. This translation, Lisa says,“became my inspiration for this commemorative piece.” 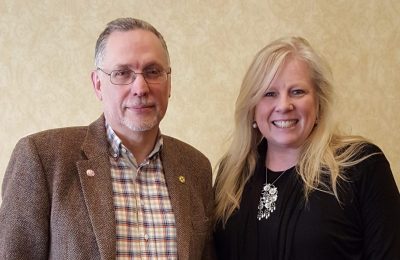 AARS feels pride as well, in that Professor Williams could volunteer his talent and skills to ensure authenticity to the inscription of Lakselaget’s motto in this unique and beautiful keepsake. Lisa Christen had also sought an appropriate artistic interpretation, saying “I have always been drawn to Norwegian forms of art: acanthus carving, chip carving, hardanger, rosemaling. I envisioned using the Lakselaget logo, the salmon, jumping out of the acanthus waves. I contacted my carving mentor, Hans Sandom, to make sure the acanthus leaves were shaped properly.” 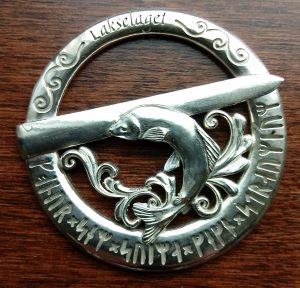 She also added some of her personal heritage. “Years ago in Sigdal, Norway, my great-great-grandfather Christen Mann was the first person to use the letter C with a line through it for his signature. After learning this, I started adding the C with two lines through it to my signature as well. Hanging onto a family tradition, I poured my love of all things Norwegian into this final design.”

Sarah then worked with her business contacts to have the final brooch molded and forged by Tinn-Per, a pewter foundry located in Hønefoss, Norway. Excited members of Lakselaget were thrilled to receive and wear their brooches in December 2019!

For more information about Lakselaget, visit their website at www.lakselaget.org