What could be more exciting to a rune enthusiast than to spend some time in the midst of the world’s greatest concentration of runestones and with a noted runic scholar? Three runic study tours, or Rune Rounds, were held in the late summers of 2017, 2018, and 2019. Professor Henrik Williams organized and led these rounds, with the support of Uppsala University. Each tour included a day-long field trip in a specific area as well as special visits to other sites and collections.

On each of the rune rounds, other distinguished scholars and researchers joined us and generously shared their expertise, as did Professor Williams’s graduate students.

Not only were the Rune Rounds educational but they also led to relationships between the “Rune Rounders” and members of the Uppsala University academic community. The rounds show the importance of continued support of runic studies, and especially through the establishment of an endowed chair. 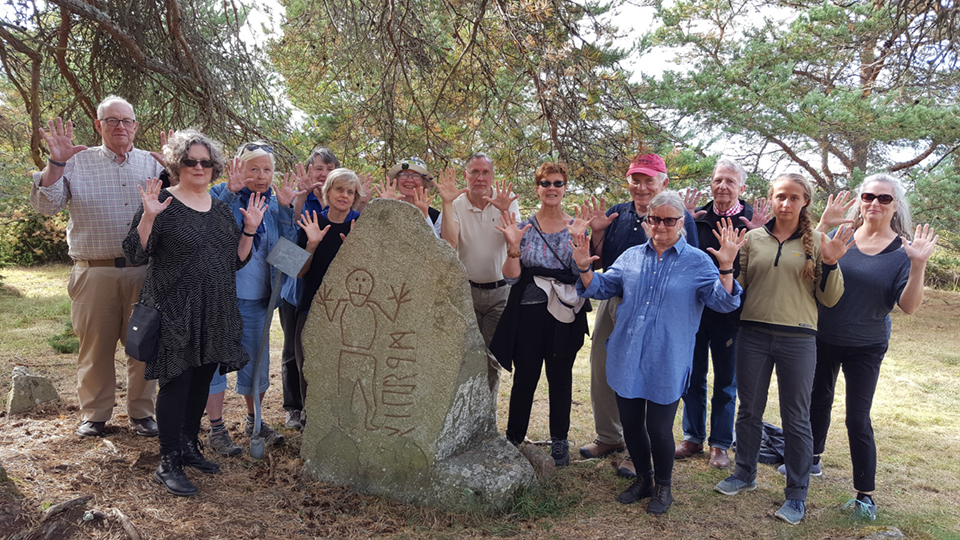 Rune Round 2017 centered on the area in and around Uppsala, starting with a day-long field trip. We also visited runestones in and around the Uppsala Cathedral and on Uppsala University grounds and saw the university’s Coin Cabinet and Gustavianum Museum. 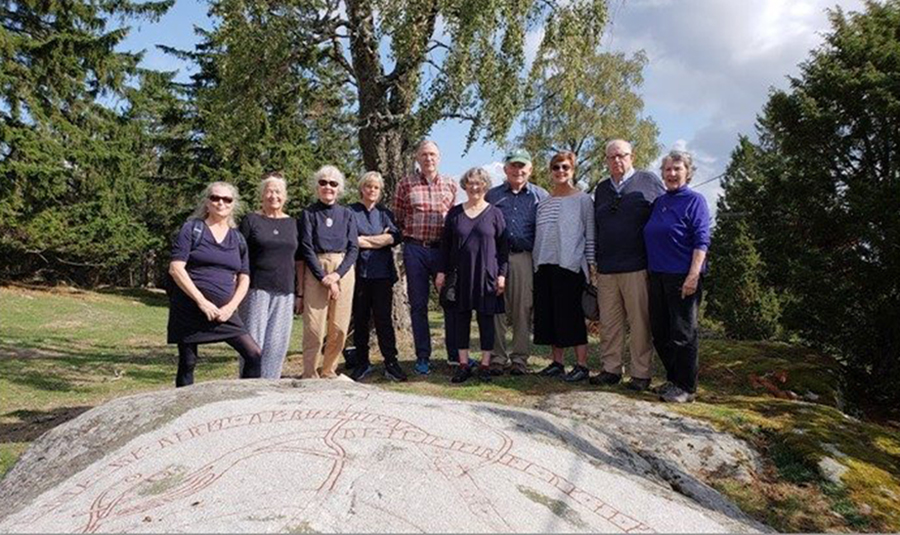 The field trip on Rune Round 2018 was in the Täby-Vallentuna area, between Uppsala and Stockholm. We also visited the Viking collection at the Swedish Historical Museum in Stockholm and runestones in Skansen where we were joined by Associate Professor Magnus Källström, chief runologist at the Swedish National Heritage Board. Dr. Källström guided the group through the museum and joined with Dr. Williams as guides at Skansen. 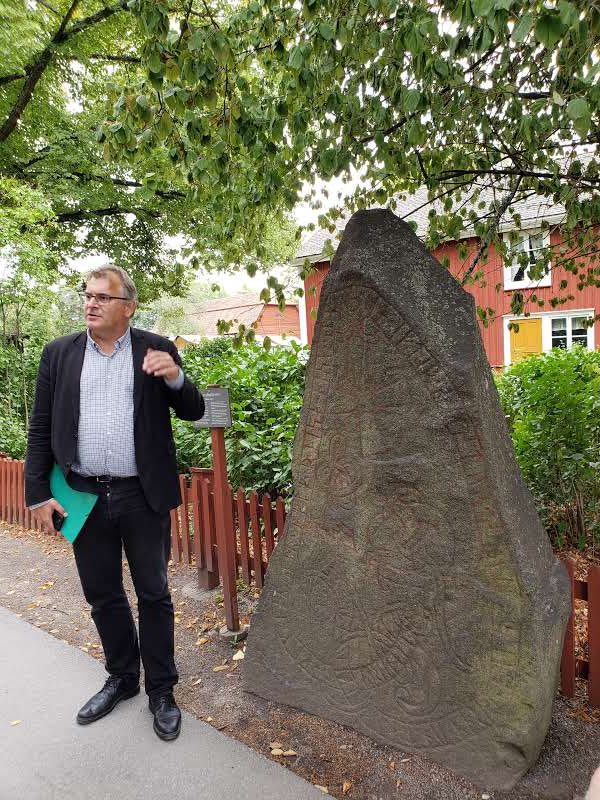 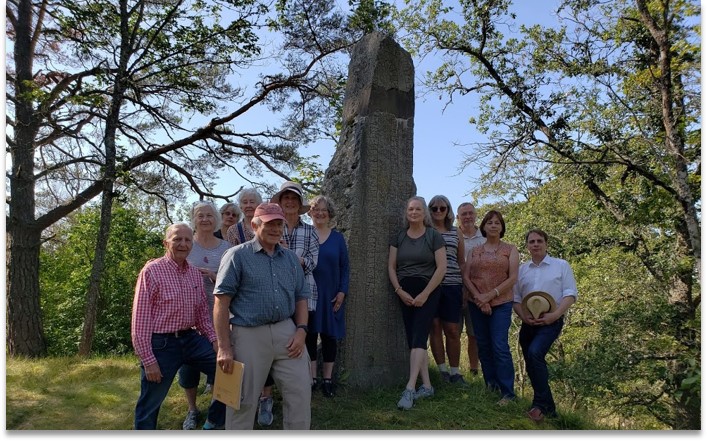 Rune Round 2019 focused on the town of Sigtuna and the surrounding area and a visit to Sigtuna Museum’s storage facility, which holds Viking Age relics from excavations in Sigtuna. On this trip we were privileged to be accompanied by Uppsala University Professor Neil Price, and Michael Ahlund, world-renowned Viking-era archeologist and Director of the Gustavianum Museum. 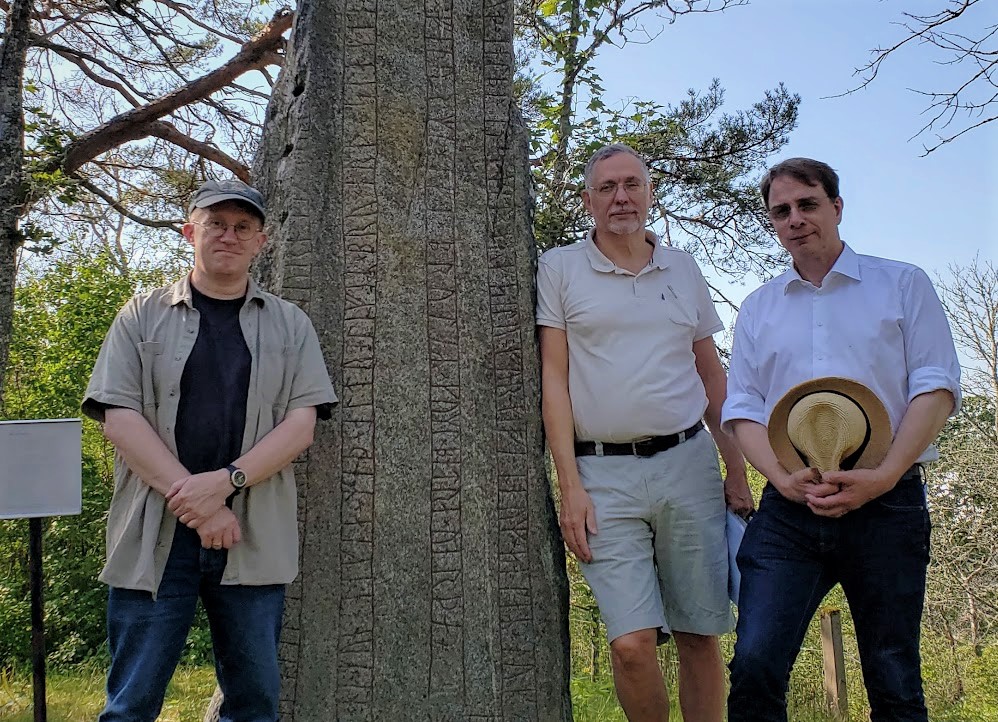